VSAT is abbreviation for “very small aperture terminal”, an earthbound station used in satellite communications of data, voice and video signals, and broadcasting. VSAT consists of two parts, a transceiver that is placed outdoors in direct line of sight to the satellite and a device that is placed indoors to interface the transceiver with the end user's communications devices. The transceiver receives or sends a signal to a satellite transponder in the sky. The satellite sends and receives signals from a ground station that acts as a hub for the system. Each end user is interconnected with the hub station via satellite, forming a star topology.


The hub controls the entire operation of the network. For one end user to communicate with another, each transmission has to go to the hub station, which then retransmits it via satellite to the other end user's VSAT.


Some of the Salient features of Streamlink Communication VSAT network are:

• Network availability of more than 99.9%

• Availability of Spares on a nationwide basis

TDMA technology, which stands for Time Division Multiple Access. Time Division Multiple Access or TDMA is a method used to enable multiple earth stations or VSAT terminals to transmit intermittently on the same frequency, but with the timing of their transmissions so arranged that the bursts do not overlay when they arrive at the satellite but arrive in sequence and thus are all successfully received by the teleport hub modem burst demodulator.

SCPC stands for Single Channel Per Carrier. SCPC is a form of satellite transmission where each channel is transmitted on a dedicated single carrier.Single channel per carrier (SCPC) refers to using a single signal at a given frequency and bandwidth. In an SCPC system, satellite bandwidth is dedicated to a single source.

A DVB-S2 CCM Uplink Signal Must be dimensioned according to the smallest receiving station and highest possible signal fading, to ensure adequate signal availability in all receiving stations. DVB-S2 ACM (Adaptive Coding and Modulation) In Adaptive coding & modulation mode, the modulation parameters of the baseband frames can vary over time, according to instantaneous receiving condition of site where the frame will be received. DVB-S2 VCM (Variable Coding and Modulation) Variable coding and Modulation is a mode of operation that allows different modulation parameters to be applied to the different DVB-S2 Stream of a Multistream Signal.

The uplink frequencies ranged from 5.9 to 6.4 GHz. The downlink frequencies ranged from 3.7 to 4.2 GHz. The EIRP is limited to a level so that there is no interference from the satellite with the terrestrial system. Also, the locations of the uplink earth-stations need to be restricted to prevent interference with terrestrial microwave communication systems.

The downlink frequencies are 11.7 to 12.7 GHz, and the uplink frequencies are 14.0 to 14.5 GHz. The Ku-band frequency region allows increased EIRP levels from the satellite and significantly smaller earth-station antennas for the same gain and beamwidth as the C-band antennas. Also, Ku-band uplinks can operate from any location and can be highly mobile. 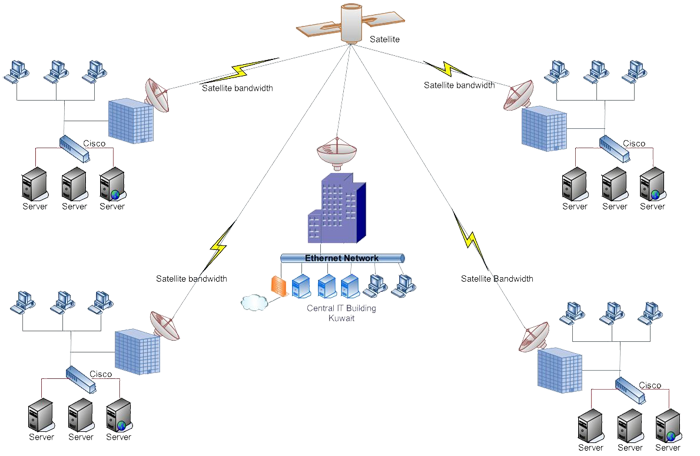